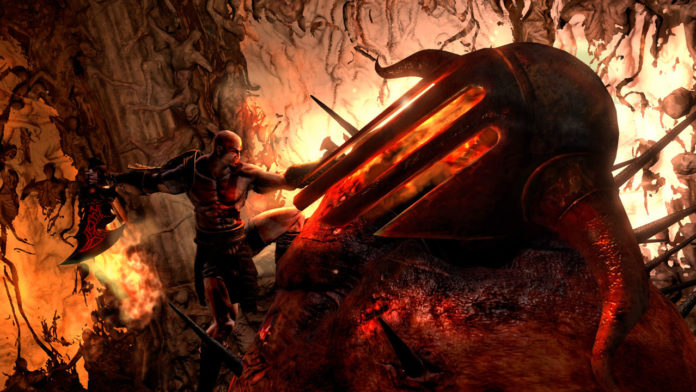 An unforgettable journey with exhilarating combat and an imposing sense of scale provides a fitting end to Kratos’ saga. But does God of War 3 continue the good work the last 2 installments have built? Read on to find out more!

God of War III picks up after the events that conclude its predecessor. Kratos is standing  on the shoulder of Gaia, urging her and her fellow Titans to climb Mount Olympus and strike down the gods once and for all. This incredible scene follows the trend set by the previous games in the series, kicking off your journey with a jaw-dropping experience that will immediately suck you into this epic adventure. Of course if I told you any more, it would just be a spoiler.

Now getting to the game play…the most noticeable improvement to the combat is that your secondary weapons are now viable alternatives to the Blades of Exile. You unlock four unique tools of death by the end of the game, and though their basic move sets don’t differ significantly, they feel so distinct that it’s a blast to use them all. You can now switch between every weapon at the touch of a button, and it’s incredibly satisfying to swap out your long-reaching Blades of Exile for bludgeoning cestuses and pound your enemies into a bloody pulp. The pain your enemies are feeling is communicated beautifully. Every hit you dole out feels as though an angry man-god is behind the action, and the bone-cracking impact makes it a joy just to hack and slash your way around the arena with malicious intent. Defense is also more fun this time around because countering not only provides a devastating retaliatory blow, but is far more consistent as well. The timing needed to deflect an attack is more forgiving now, so luring your enemies into attempting the first swing and then slamming them back in the face is always fun. Ultra precise controls provide the perfect backbone for your actions. Whether you’re peppering a harpy with arrows, deftly rolling away from a fire-breathing Cerberus, or countering a sword strike from an un-dead skeleton, every one of your actions is responsive and entertaining. 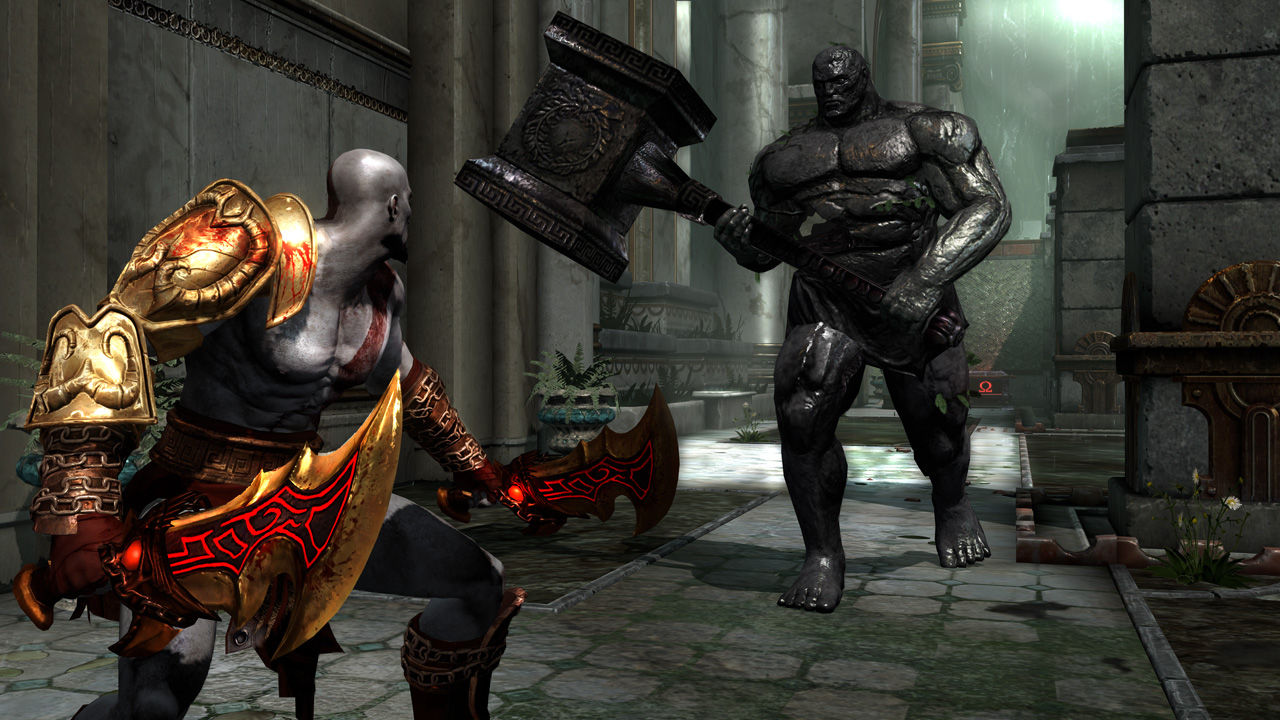 God of War III isn’t just about meting out barbaric vengeance, though. There are clever puzzles sprinkled among the dramatic battles for supremacy, and they do a good job of forcing your brain to shift thought patterns. Although you have to partake in a few requisite box-pushing puzzles, the majority thankfully do not rely on this tired game mechanic. Puzzles in God of War III are neither as prevalent nor as difficult as those found in its predecessor. Because of this, the experience is much more streamlined now, placing the focus squarely on the explosive combat. The result is a slightly more predictable adventure, but the fights are full of enough raucous moments to almost make up for the lack of diversity. 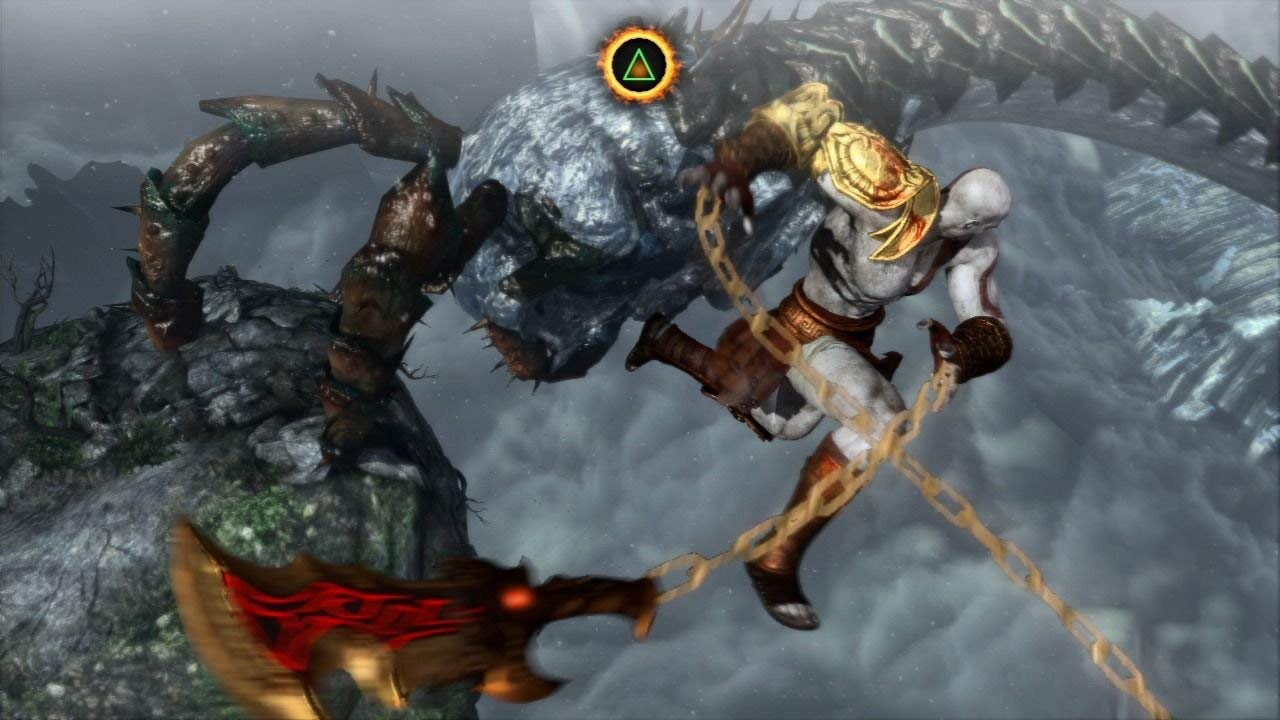 God of War III embraces violence like few other games, but the brutal combat never feels overwhelming. There is a delicate balance between the grotesque combat and the more cerebral, slower-paced sections. This restraint adds a lot to the experience, making the brutality more affecting and the quiet stretches a welcome respite from the bloodshed. The ease with which the game shifts between these moods is impressive, seamlessly flowing from decide to puzzle solving to peaceful exploration without stumbling. The epic scale is also used sparingly, but to great effect. You always have a sense that you are part of something larger even when the environment doesn’t necessarily reveal the majesty all around you.

God of War III sticks to the strengths already established by its predecessors, but what it lacks in innovation it more than makes up for in execution. The combat is simple to pick up, but the added moves and weapons give it more depth than before, and the spectacular visuals make fights even more brutal. But God of War III is so much more than its satisfying combat. The imaginative visual design and moody classical score balance your quest for vengeance with artistic pleasures, and the well-crafted puzzles further tap into your cerebral vein. God of War III is a brilliantly paced, meticulously detailed adventure that thrills and satisfies until the very end. 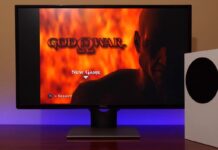 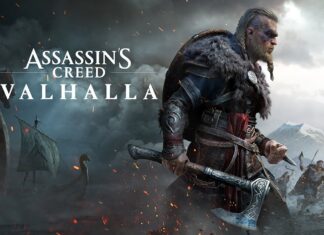 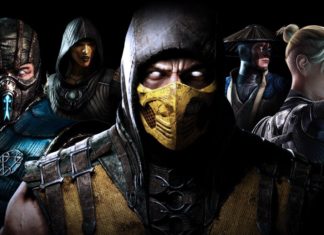 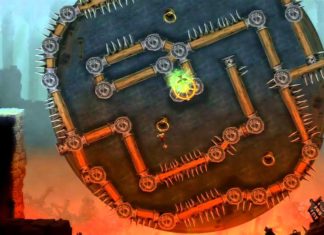