One thing J.J. Abrams knows, is to create a visually stunning, polished, and exciting film that includes all the elements a Star Wars fan could want. The Rise of Skywalker is a non-stop action packed, thrill ride, literally making the Star Wars Saga a story of epic proportions.

Now once that wears off, you’re left with a satisfaction that the movie has ended, the saga has ended, but also left with a bit of a headache as there are so many plot lines and things to remember. Now don’t get me wrong, the movie is a visual extravaganza, and but the story is just, meh, at best.

It feels confusing, as they’ve tried to build continuity for the 2015 series, and then tie back to the original trilogy, and finally jump back to the first trilogy (I to III). Which is fine, considering that so much time has passed, 40+ years, but in that sense, I suppose this is as good an end as it gets.

There were some things I enjoyed: Multiple light speed jumps is a really cool concept, the Emperor looked disgusting and weird in all the best possible ways, and the “Rey Jedi support” scene was some really cool fan service.

As far as Saga’s go…I recognize that it’s really hard to nail an ending. Think about Game of Thrones; Star Wars is larger than that, and generations together growing up on it make it the only thing that’s probably relevant between your grand dad and you. Honestly, I was quite satisfied with the ending, but I do know not fans will be pleased. 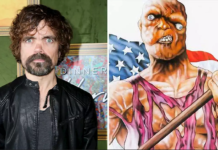 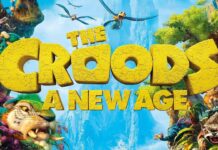