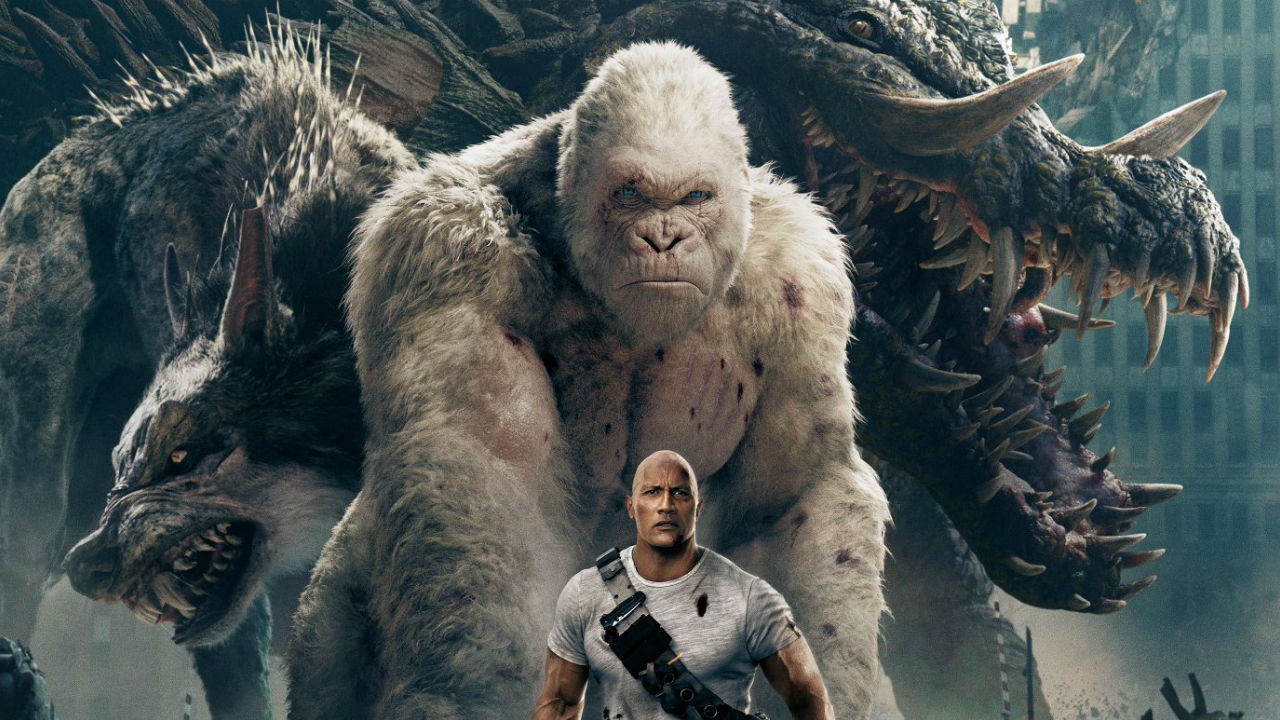 I don’t know…just don’t watch it. I saw it, and it’s time I’ll never get back.

The concept of  “Let’s smash a city with Dwayne Johnson” is starting to wear thing. “Rampage” may be based on a video game, but it plays like a live-action joke. Don’t get me wrong, visually, it’s brilliant! but I don’t know whom it’s really catering to. Video game movies are never great…the list is long, and I don’t feel the need to explain this. This however, is something else…something more, yet, so unsatisfying.

Anyway, there are monsters loose in Chicago: genetically juiced and edited versions of an alligator, a wolf, and a gorilla named George. I mean…come on! that screams success right? Nope, because nobody onscreen seems to be trying all that hard, at least performance-wise, and no one really cares. The movie just hums along, standard formula and then they win. Really that’s all there is to it. Sure, there’s some humor, some witty lines, but I can’t really be bothered more than that.

Dwayne, may have other things to say…but at the end of it. Just don’t bother.

Wow! Very cool RAMPAGE news! Not pointing to the scoreboard yet, but it seems we may have finally broken the dreaded video game curse. And remember, I starred in the stinker “Doom” so I have lived thy curse 🙏🏾 https://t.co/2FSb0wXavK