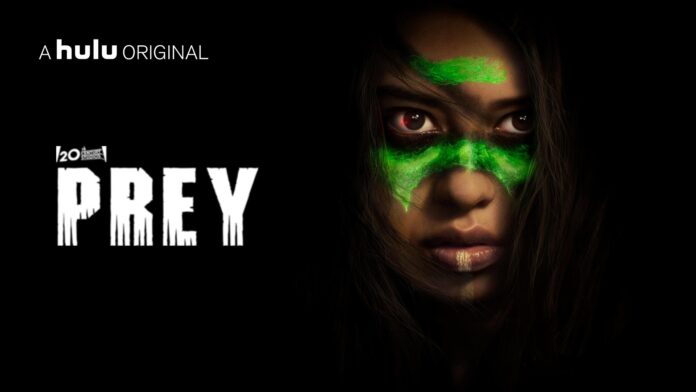 There are so few movies that give you an inch to do a reboot; or a prequel. The Predator franchise is one of them. Long hailed as the ugly step-child of the horror monster canon, there have been numerous movies that have have some amount of success after the first two.

Prey, is a great example of a prequel done right. What makes this different? The Director Dan Trachtenberg gives the film a new edge by inserting the titular monster in an 18th-century setting to see how the people hold up against the advanced technology of the warrior creature. Already, I’m considering re-watching this!

The plot summary is rather basic, but then it’s the simplicity that makes it stand-out. Naru (Amber Midthunder) is a Comanche woman who aims to become a warrior by embarking on the “kühtaamia,” a rite of passage ritual where the hunter hunts the hunter who hunts them. Many in her tribe think she isn’t ready for the experience despite being somewhat of a skilled fighter. She gets the chance to prove herself when one of the children is taken away from her village. Naru, her brother Taabe (Dakota Beavers), and other young warriors aim to rescue the child. On the same day as the kidnapping, the Predator arrives. When the two cross paths, all hell breaks loose.

Where the movie excels, is it goes beyond the “kill or be killed” arc. Of course, the film contains a lot of graphic deaths, but there is a level of coherence and emotional intelligence that ties the journey together.

Prey was a gamble for sure; given the franchise and the release pattern. A risky venture for 20th Century and Hulu to take on. However, putting it on the shoulder of a newcomer and mixing the cultural aspect of it all, makes this in my view, The best Predator reboot! There are some slight nods to other Predator films and delivers the familiar kills and thrills while also introducing a new generation to a potential new action star in Midthunder. Predator is one of those creatures that can exist at any time. They can fight and have great gadgets, but their greatest weapon is their ability to test the human spirit. I cannot wait to see how this exfoliates from here!

The movie though leaves many questions un-answered (some spoilers). Like, what happens to the ship? Did it go away? were there other Yaujta aliens? are they still watching?

The missing iconic plasma cannon! Think this is one of the most menacing weapons of the franchise; but it seems to be missing entirely from Prey. Maybe they hadn’t invented it it? who knows.

The ending connecting it to the 1990 predator 2 movie was brilliant! However, it opens up more questions, of how do they get the pistol?

I guess, if this franchise explores a lot more in the future, many of these may be answered! Until then, enjoy the movie as it’s brilliantly done!