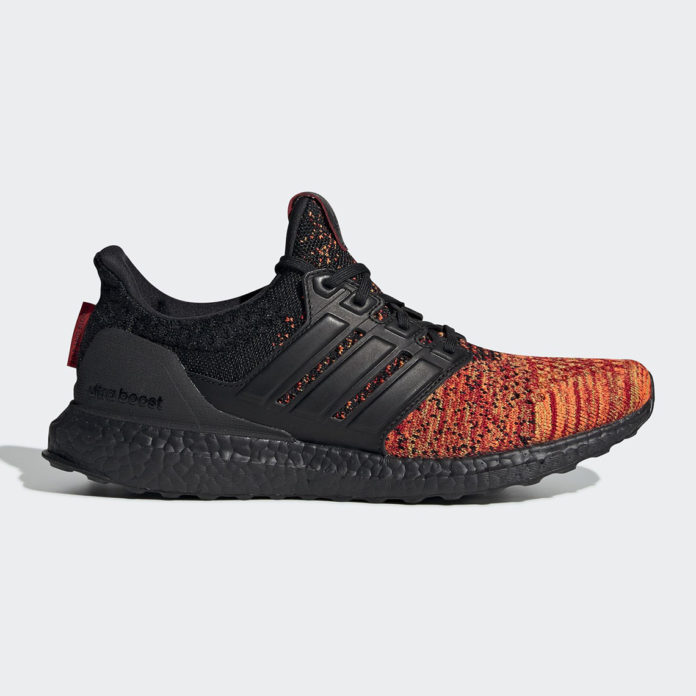 Adidas has now released images of their entire collaboration with HBO’s Game of Thrones, a line that’s going to include six pairs in all, each of them based on a house or faction

The six pairs are going to be based on Houses Targaryen, Stark and Lannister, the White Walkers, the Night’s Watch and Daenerys. No word on a release date yet (it’ll probably coincide with the show’s return in April)

Check out the tags at the heel to identify which house the shoe belongs to!