The Best Buy tipster also indicated that Assassin’s Creed III will be unveiled officially on March 5, with preorder bonuses also detailed on that day. A reveal on March 5 coincides with the 2012 Game Developers Conference, which runs March 5-9 in San Francisco.

Assassin’s Creed III is due for release on October 30. Company CEO Yves Guillemot predicted it would be “the biggest launch in Ubisoft history.” 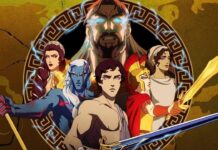