Formula 1 fans can finally rejoice because there’s a F1 game coming September 2010 from Codemasters! The same team that brought you Dirt 2. F1 2010 as it’s called is making its way to the PC, Xbox 360 and PS3.  Formula 1 is no doubt all about the tracks, the engines and getting past that checkered flag. While Codemasters is trying to bring that entire experience in, they’re trying to tie it all together by providing an ‘off the track’ experience as well – like press conferences, the garage and so on.

Also from what we hear, the career mode can move up to 7 seasons! Now comes the interesting part – Once you’ve found a team, the F1 2010 experience looks to be all about short-term and long-term goals. Of course, your main goal as a driver is to always beat your immediate rival, aka your teammate. He’s the guy with (theoretically, at least) identical equipment, and beating him on the track in the qualifier and in the race will ensure your place as the team leader. As team leader, you’ll have more say on some of the longer-term goals of the team, such as where to focus research and development efforts when it comes to your current car or, in more dramatic cases, whether to cease development on that year’s model altogether to start work on the car for next season. Throughout the course of your career’s arc, it then becomes a question of building a back marker team up to a championship contender or trying to play team hopscotch and eventually winding up in the cockpit of a McLaren or Ferrari (or other team of your choice).

The delicate dynamics of your team will also be affected by how you carry yourself outside of the car. For example, after a tough race with a disappointing result, you might be asked to make a comment. Do you blame the team for your troubles or take the blame yourself? If asked in the press about rumors of a rival team looking to scoop you up and offer you a contract, do you express public interest in such a deal, thereby ticking off your current team? Or do you bide your time and put your full support behind your boys in the garage? All of these responses will affect how you are perceived in the paddock and add up to a career mode that looks to be more than simply getting out on the track and running a never-ending string of mindless race sessions.

The bottom line however is still going to lie in the cockpit and it’s our understanding that the driving experience is being built to the exact likeness of their real world monsters.

The demo’s and screen shots which are currently here and on the Codemasters site show the 2009 rosters and car designs. They say that the final version will be updated to the 2010 roster.

F1 fans…we’d love to hear your comments on this one! 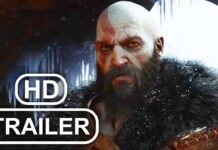