Kamala Khan, aka Ms. Marvel is set to make her debut in the Marvel Cinematic Universe, confirms Kevin Feige. The character was brought into the comics in 2013, and her solo series has been a super success in the comics. One of the things that makes Kamala so unique is she’s a Muslim character in an age when Muslims are often demonized in the media and portrayed in poor light for all the wrong reasons. In an interview with Kevin Feige that appears to have originated on the BBC, he seems to confirm that Kamala is on the way.

Kamala and Carol are linked to each other in many ways, so it’s not very surprising they would have thought of this, one way or the other. However her inclusion itself is fantastic as he has so many story lines and cross overs with other characters in the Marvel Comics world. 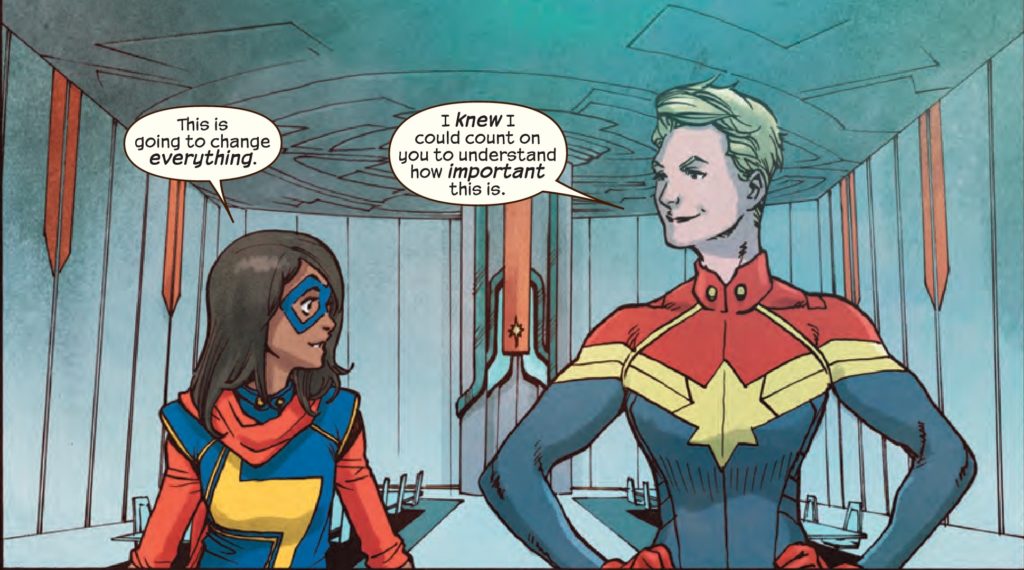 The Batman Trailer: “Bat And The Cat”

Retro Game of the Week