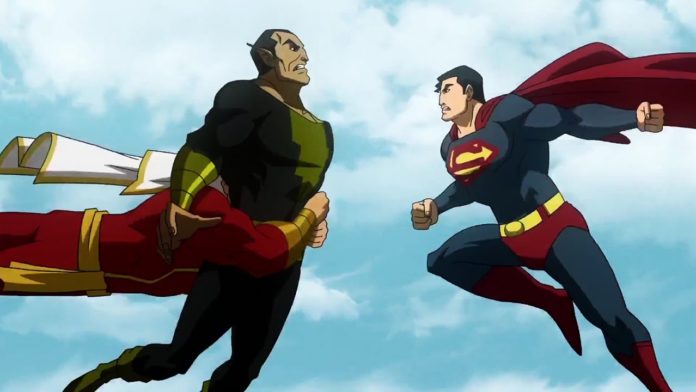 What has me most excited about Dwayne Johnson playing Black Adam, is that he will make it THE most Electrifying Villain in all of DC Universe!

While out on the press tour for his upcoming Baywatch movie,  Dwayne Johnson opened up about his upcoming stint as DC villain Black Adam. There’s been talk about Johnson in the role for years – we’d written about it back in ’14, but now he’s opened up about what DC and he might have in store:

It’s definitely going to happen, sure. We’ve had great conversations with Geoff Johns and everyone over at DC. It’s an exciting time right now for everyone at DC because they are in a process now where they are building out [their DC universe] really nicely. We have a really cool surprise for Black Adam that I can’t reveal, in terms of where we will see Black Adam being introduced.

Black Adam had been being developed as the big-bad for the solo Shazam film, but now it seems that the Moana actor has been upsized to having a film of his own. Now he’s talking to fandango and he takes it even further. The Fandango interviewer asks Johnson, “Is he gonna put the smackdown on Superman?” To which he smiles and replies:

One fine day. That’s coming. That’s in the cards.

Finally, a DC villain that will be fun to watch put the smackdown on Superman!!