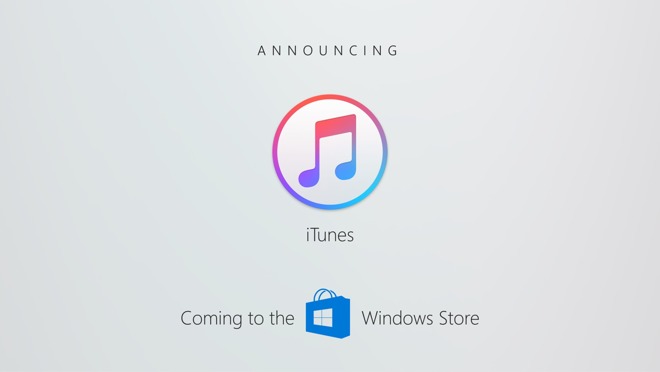 At its Build developer conference, Microsoft today announced that Apple’s iTunes will come to the Windows Store by the end of the year.

Why is this a big deal?

Windows 10 S only runs Windows Store apps and unless an application like iTunes is available in the store, those users who want to buy a Surface Laptop, for example, either have to upgrade to Windows 10 Pro (which may not always be an option) or forego syncing their iPhones with their new Windows PC.

The iTunes app will have full iPhone support and users will essentially get the same iTunes experience from the Windows Store app that the existing Windows app currently offers.

Details about this arrangement with Apple remain vague, though. Microsoft didn’t show any screenshots of what this experience will look like, for example, but there’s a good chance that Apple will use this opportunity to rewrite large parts of iTunes to better support its rival operating system and adapt iTunes’ design to Microsoft’s new Fluent Design system (or maybe that’s just wishful thinking on my part and iTunes in the Windows Store will be as clunky there as it is everywhere else).

Will Nintendo be #1 again with the Wii U?