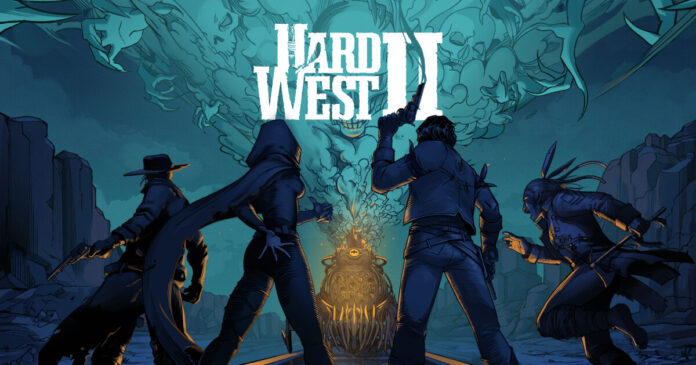 Hard West 2 is a journey to the heart of darkness in the American West. Take control of a supernatural posse and catch the mysterious Ghost Train. Outsmart, outcheat and outgun your enemies in this turn-based tactics game set in a Wild West world where nothing is as it seems.

Hard west 2 is an impressive improvement over its predecessor, and it’s a lot of fun to play! Such a fresh take on turn based games, and the mechanics while arguably fresh, it does have its quirks.

You’ll hear / see many comparisons to the XCOM games, but really, this is nothing like it. You can’t go into this game with an X-COM mentality. This is a new take on the same genre.

The game story is very good and original with well-done voice acting. The characters are interesting and core components keep you invested. The maps are detailed with good lighting and composition and movement + camera management is well implemented.

But where it differentiates itself is in the combat, the resource management and character progression. Things like “bravado” and “luck” are really earned and they help you will skill management and hit chances. Character progress is also rather unique, there’s no XP points to be had; it’s done through combining poker cards, and build out an optimal “hand”, which will in turn help you unlock new capabilities.

There’s a certain degree of difficulty and it may put off a lot of people. Even the normal difficulty is rather hard, but once you get the hang of it, the combos are amazing to pull off!

Out of 6 playable characters all seem well designed and offer unique playstyles and advantages. Think it’s really about learning the make the most of these.

Overall, it’s a solid sequel, and it may not be for everyone, but it sure does pack a punch and makes for a fantastic time if you overcome the learning curve! Highly recommended to buy and play in easy mode for the first time.