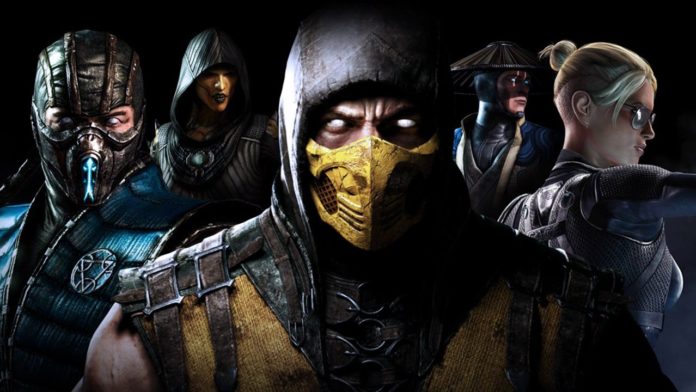 That’s right folks, we got Mortal Kombat X for the PC, PS4 and for the
Xbox One, and we’re doing a massive combined review!

Before we get into the console specifics, let’s get to know what the
game is about.

As always, Earth Realm has gotten itself into deep shyte. A couple of
decades ago Raiden and his Earthrealm fighters defeated Shinnok, an
Elder God, who went bat shyte crazy, and after they beat the crap out of
him, they imprisoned him inside “The Sacred Amulet” (That’s how they
refer to it), one of the most powerful magical talismans in all the
realms of Mortal Kombat.

Cut to today, and The Sacred Amulet has fallen in the hands of (drum
roll) the former Outworld empress, (wait for it) Mileena!! Yeah, she’s
even more bad-ass now – and she’s royalty. Mileena is using the amulet
to garner control over Outworld from the current Emperor, Kotal Kahn,
(is he related to Shao Kahn?) which starts a great civil war.

Earthrealm, who has a peace treaty with Outworld, decides to assist
Kotal Kahn, because you know…Earthrealm is cool like that; and in
recovering the amulet to put an end to the civil war and eventually they
do win. But something magical (baffling) happens the amulet once again
falls into evil hands, and it’s that of Quan Chi. QuanChi wants to use
it to free his old master, Shinnok, and take over all of the realms.

As crazy as that sounds, that’s the deal.

When it comes down to gameplay, Mortal Kombat X is simply the best of
ALL Mortal Kombat games to date. It’s adds more gore, more
finishers, more moves, more juggle combos, and insane Kombat, that only
Mortal Kombat can bring.

If you’ve enjoyed Injustice: Gods Among Us, you won’t be too
surprised with the fluidity of the game, as Mortal Kombat X shares a
lot of similarities with it. Where they’re most similar is the
interactive stage elements which returns from Mortal Kombat III. Anyway,
stage elements can help you escape sticky situations or deal or massive
damage.

Talking about doing massive damage, Mortak Kombat X has provided
gamers with a great variety of brutal finishing moves to stomp a mud
hole into your opponent’s heart (which hoping Scorpion hasn’t already
pulled out) There is, of course, the ever present “Fatality” that is
still spectacular in its bloody splendor. “Brutality”, makes it’s
return, since Ultimate Mortal Kombat III and these can be more
err..brutal than finishers. For cheap skates who like to rage quit,
there is the “Quitality” that will instantly execute your opponent if
they quit during an online match-up.

MKX brings a lot of variety to each character from a fighting
standpoint. Each character has the choice of three fighting variations
that alters the combos and special moves used during battle. Smart move
by WB to keep the gameplay fresh and interesting. You’ll never master
all these in a day. Selecting different styles also changes out their
costumes a little bit – but you can otherwise too change the appearance
and outfits of your characters. Like playing Sub-Zero and Scorpion with
or without their masks on, which I thought was pretty awesome! Some of
these customizations will be earned by playing through the single player
storyline but most of them will be purchased through “The Krypt” by
coins you earn via local or online matches.

Coming to The Krypt, it’s the same as what you saw in Mortal Kombat 9;
which is basically a large graveyard, which you have to scour and
destroy tombs to get cool shyte like fatalities, costumes, concept art etc.

What truly differentiates Mortal Kombat X from previous titles is its
focus on online battles. Except for the standard one-on-one ranked
matches, there’s now a mode called the “Faction Wars”. Here you choose
one of five factions (Lin Kuei, White Lotus, Special Forces, Black
Dragon or Brotherhood of Shadows) and represent them in an all-out one
line battle for supremacy.

Factions Wars adds a sense of unity to a game that is otherwise very
focused on the individual. Whichever faction you choose, when winning a
faction match you will be contributing points to the faction, and not
just ye olde coyote. This means that players from all over the world
are joining up to represent their factions and guide it to glory.

A Faction War will take place every week and the players of the winning
faction will then receive bonus rewards such as a new fatality called a
“Faction Kill”.

Which Version Should You Buy?

We looked at the PS4 and Xbox One consoles closely – and the honest
verdict is, *the PS4*. Here’s why – Both consoles show the game as crisp
and fluid as ever. There’s no frame drops, or the frame drops in both
consoles equally, especially when transitioning from quick time events
to gameplay – whichever way you want to look at it – they’re both
equally good..or bad. Where the PS4 wins out is the lighting. OK, I get
MKX is supposed to be dark and dingy with all that gore spewing over the
place, but the fact that you can see all of it a little better on the
PS4 compared to the Xbox One, makes me go with the PS4..and that it runs
native 1080p @ 60 FPS.

Now coming to the PC…

You’ll have to get this off Steam..or a DVD, which ever way you choose
to go, you’ll be downloading a lot of shyte…and it’s clearly a port from
the consoles. When you download stuff from Steam, at least for this
game, it somehow never downloads anything fully. I’ve had to download it
twice to get it right, but when I finally did – the game was just
disappointing.

The frame rate is a BIG issue on the PC, and you have very limited
graphical adjustments that you can make. You can tweak things just
enough to get a smooth frame rate, but the point is, it should just run
without any tweaking (or twearking) We tested it on a GTX 750 Ti, Intel
i5-4460, with a 1080p Samsung full HD monitor. 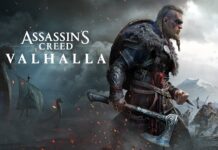 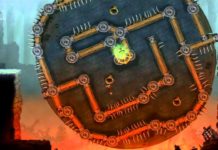 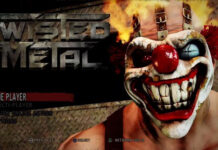