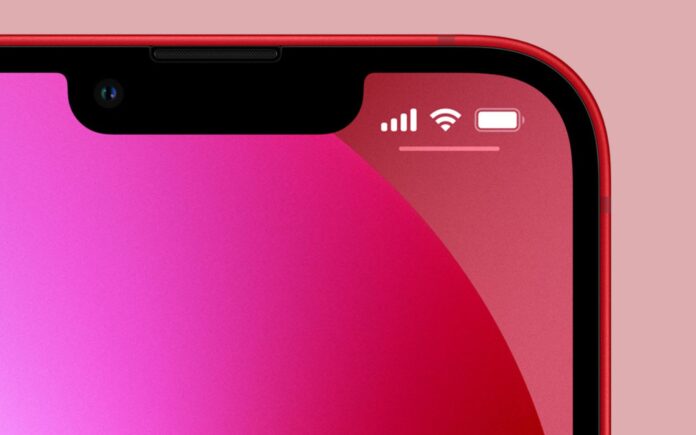 It’s been 5 years, since the introduction of the iPhone ‘X’ form factor and with it, a simple, yet, key feature went away. That is the battery percentage indicator.

With the introduction of the iOS16 beta, the iPhone will once again have the battery indicator.

Of course, some of you are thinking “what’s all the fuss, my iPhone has the percentage on the screen?” If that’s you, it’s because you are still rocking an iPhone 8 or earlier, or have one of the newer iPhone SE models.

The reason it disappeared on newer iPhones is pretty simple. When Apple switched to the iPhone X design with a notch, it lost real estate at the top of the screen for the status bar. Now, anything it might want to show you has to fit into the two smaller “ears” on either side of the camera and Face ID sensors. So, Apple just switched to showing an icon that is supposed to give you a visual representation of how much battery remains.

Under the current design in iOS 15, the battery icon slowly appears to deplete over time as your battery drains. The new version is simply a numerical indicator of your battery percentage remaining, inside a battery-shaped icon that is completely filled in. The key is that the background of the battery icon doesn’t change–it’s always filled in.

Personally, i don’t like the way this is shown; it means a quick glance at the battery indicator is always going to show “full”, but now I’ll have to pay closer attention the number on it as well. If you get down below 20 percent, the indicator does change colors, but it sill appears “full,” if you will.

I do suppose this is a blessing in some sense, but we’ll see how the feedback rolls in, but as with all things iOS, people do adapt pretty quickly. Oh well.