San Diego Comic-Con kicks off on July 20, bringing together fans of movies, comics, and games. While panels and cosplay are two popular aspects of the large comic convention, many people go to the convention for all the exclusive merchandise.

Whether it’s toys, games, or something a bit more bizarre, each year, Comic-Con offers up some cool stuff you can only get at the convention! 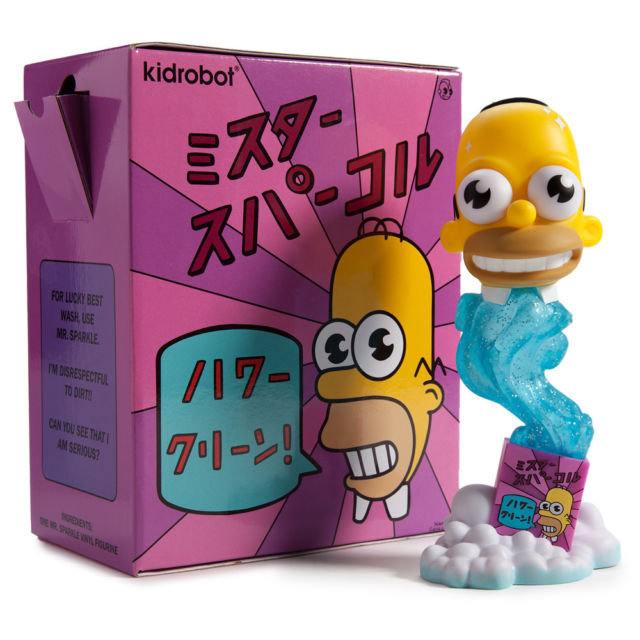 One of the weirdest moments on The Simpsons, a combination of a lightbulb and a fish, Mr. Sparkle shares a close resemblance to Springfield, USA’s most famous man, Homer Simpson.

Sideshow San Diego Comic-Con Exclusive 2016. Collectors will be able to make the R2-D2 Unpainted Prototype Sixth Scale figure theirs! Featuring light-up elements, rotating head and articulated legs. All of Sideshow SDCC Exclusives must be purchased online prior to the convention and can be picked up at the convention. Selling for about $120.

What does Wanda Wilson do when not battling General America or teaming up with Deadpool Corps? She attends San Diego Comic-Con of course! And when she does she comes fully prepared with her Comic-Con badge and lanyard, extra large bag to carry her swag and Gyro in hand to munch on while waiting in line for Hall H! The Lady Deadpool SDCC exclusive edition features a brand-new head sculpt by Masahiro Takahashi (GILL GILL) and accessories including Gyro, badge, lanyard and bag with the official Comic-Con logo on it. As an added bonus all purchases will also receive a second bag accessory with the Kotobukiya & Kotous.com logos on it. Parts from the previous Lady Deadpool Bishoujo statue are also interchangeable with this release so you can mix and match to create your own distinct look! Extremely limited, one-time production, while supplies last.
Price:  $74.99

“This isn’t a trash heap, this is an operating table!” This exclusive muddy version of “Dark Knight” Batman is based on his appearance in the famous Batman: The Animated Series episode “Legends of the Dark Knight,” when he takes on the leader of a gang of mutants. Measuring over 6 inches tall, he is ready to fight atop a pedestal inspired by the iconic show’s art-deco architecture. Packaged in a full-color box with a certificate of authenticity. Sculpted by Varner Studios!
Price: $60.00

(NECA, $100 per set) NECA have been doing video game styled action figures for a while now, but their latest sets, inspired by the classic 1989 TMNT arcade game are easily some of the best they’ve done—and one of the best exclusives at SDCC.

There’s two packs of four figures each—one containing the turtles, the other containing Shredder and three Foot Clan ninjas, all coming with accessories and a pixellated paint scheme to match their appearance in the game.

Are there others that have caught your fancy? Let us know, in the comments below!

5 Thought-Provoking Quotes In The Sandman